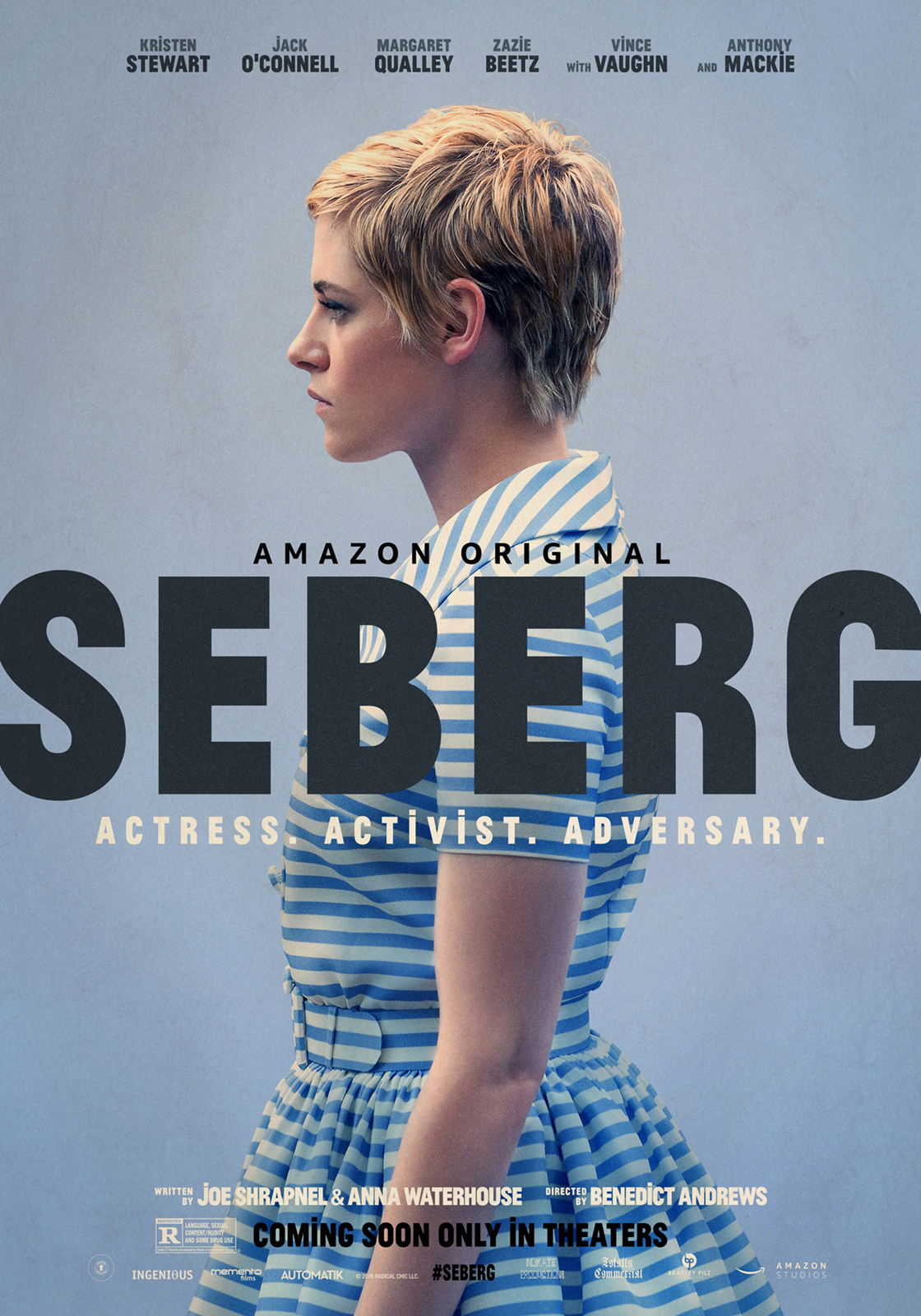 We invite you to an open screening of the biographical thriller “Seberg” starring the incredible Kristen Stewart.

Seberg is inspired by true events about the French New Wave darling and Breathless star, Jean Seberg (Kristen Stewart), who in the late 1960s was targeted by the FBI because of her support of the civil rights moCvement and romantic involvement with Hakim Jamal (Anthony Mackie), among others. In Benedict Andrews’ noir-ish thriller, Seberg’s life and career are destroyed by Hoover’s overreaching surveillance and harassment in an effort to suppress and discredit Seberg’s activism.

The world premiere of the film took place as part of the out-of-competition program of the Venice Film Festival.

According to the director, the biography of the actress is now more relevant than ever: “In this film, we are faced with an example of state oversight for political purposes. Fifty years later, Gene’s story directly reflects our current reality: the overwhelming racism of American politics, the problem of separating truth from falsehood in an era of so-called fake news, and total intelligence surveillance. I wasn’t at all interested in making a regular biographical film about her life, and I didn’t want to miss the 1960s. I wanted to get to know Seberg better and find out what happened to her in those years.”

The film is provided by Arthouse Traffic

Please come to the event in a protective mask!