I am 49 years old, I started painting at the age of 49, I have been doing art since birth. First the art of walking and talking, then kindergarten, then the trepanation of the skull after a bad play on the playground, resuscitation, six months in neurosurgery, then school, five or six concussions. All this was wrapped up in life in the USSR: my father was a party member, an experienced communist, my mother hated the communism. Then the dream of joining the theater and joining the Kharkiv Polytechnic because ordered the party and parents: “You will walk in a jacket and tie, like a normal person, and not thump around the corner, like those drunken artists and actors.” Then my student years, work on building works (I am a self-taught painter-plasterer), Barabashovo market, where I worked as a salesman and loader. During breaks, film photography, then digital photography, then video, then marriage and two children. Again camera and camera, home video and a lots of ​​family photos and videos. Then the beginning of the war with Russia in 2014, then the death of my father, the unforgettable rude coroners that threw my father`s body into a UAZ with an open board, at the “one-two-three” in front of the shocked family. Then moving to Lviv and constant negative pictures in my eyes. To get rid of them, I picked up a camera and started shooting videos of Lviv with my wife. Then documentaries. Some of them have won awards at foreign film festivals. The Ukrainian film community did not accept our film art, considering us amateurs, although we are amateurs, because we have no specialized education in film production. Of all the Ukrainian film festivals, we were expected only at the Kaniv Film Festival. Then our own audio-visual projects, which we presented in Ukraine and abroad. In between filming and editing the video, I wrote poems for adults and children, wrote a few songs. Then Pavlo Gudimov with the architectural festival “VEZHA”, the project “Angels”, Levynsky… Then covid 19 and quarantine. The events are over, there is nothing to shoot, I began to lose my mind and had to turn for help to a psychologist. Finally, a slight relaxation of quarantine and again Pavlo Gudimov with the “Festival of Naive Art”, where my wife Darina and I were members of the film crew…

Shooting and communicating with naive artists was a magical kick that prompted me to paint. I realized that you should not be afraid to draw and show your work to the public, even if you do not have an art education and you are almost 50 years old. I started painting on December 1, 2020. Now more than 30 acrylic and oil paintings are being completed.

These were shocking footage of the storming of the United States Capitol. The horned shaman in a supernatural orgasm, which will now be included in textbooks of US history, reminded me of Herostratus, who smokes not the temple of Artemis, but modern democracy.

Paris. City of love. When I was with my wife in Paris, it never came to love, because in our room in the hostel with us was our older friend. Therefore, love in Paris for me is associated with something black and white, surrounded by colorful dreams, in which I look for a formula of love in Paris. 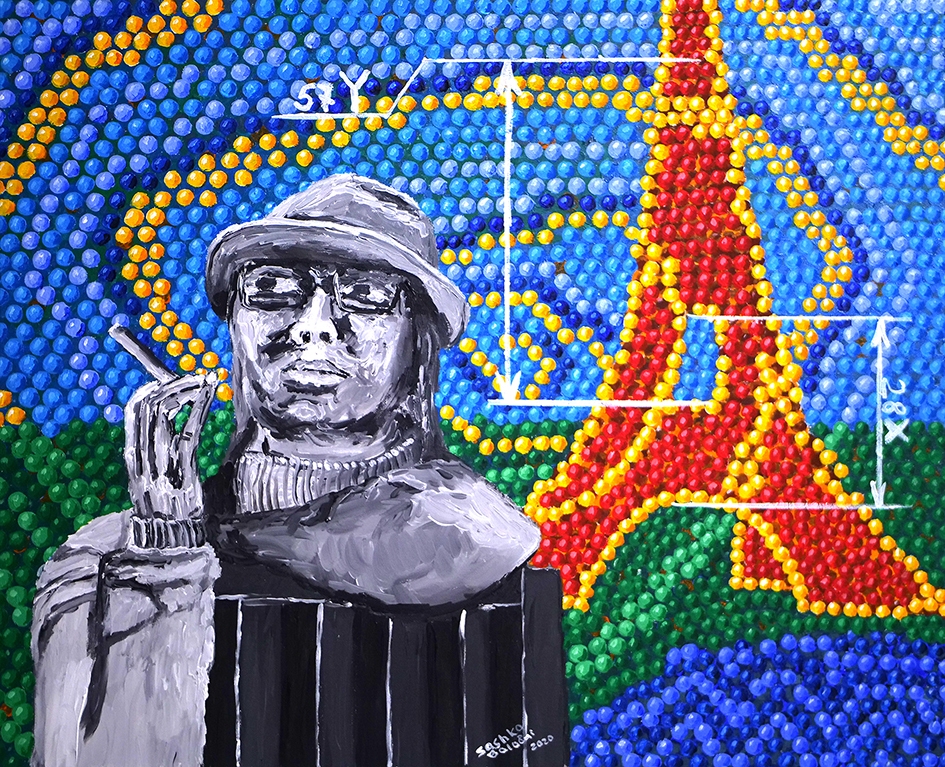 In 2014, I witnessed the beginning of the total decommunization of Ukraine. Lenin’s monuments flew off their pedestals so fast that the birds did not have time to shit on the head of the leader of the world proletariat. 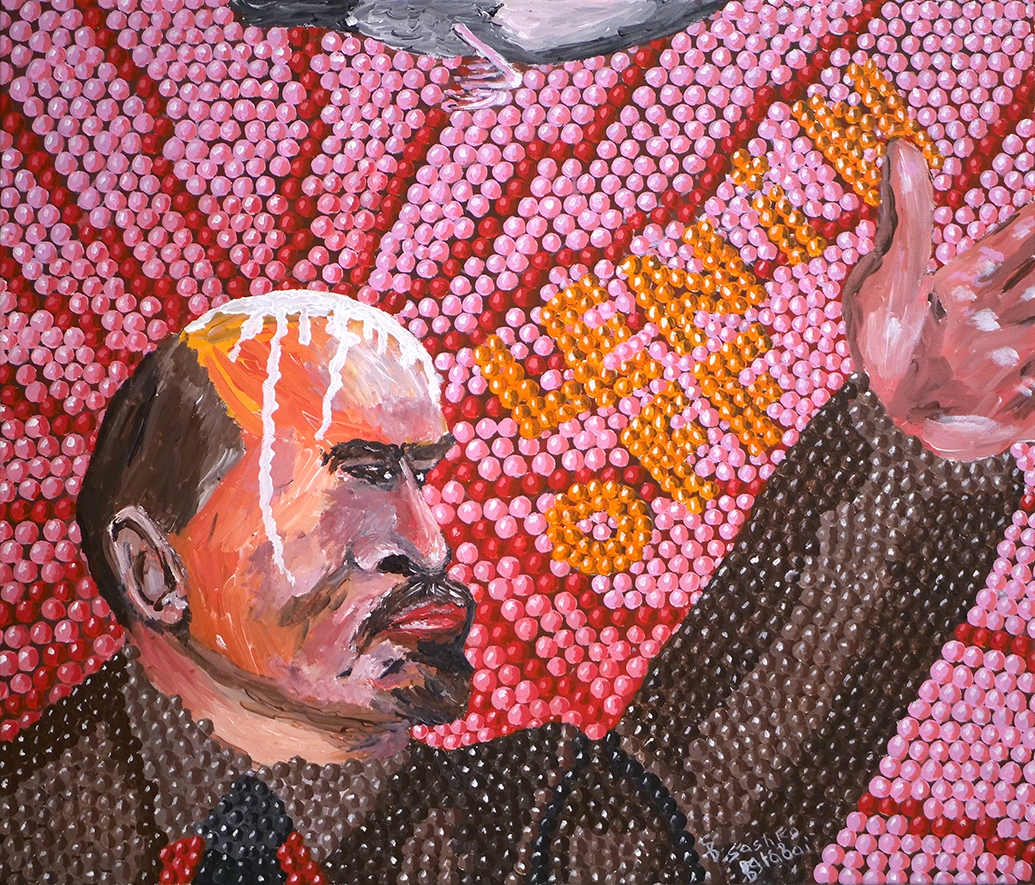