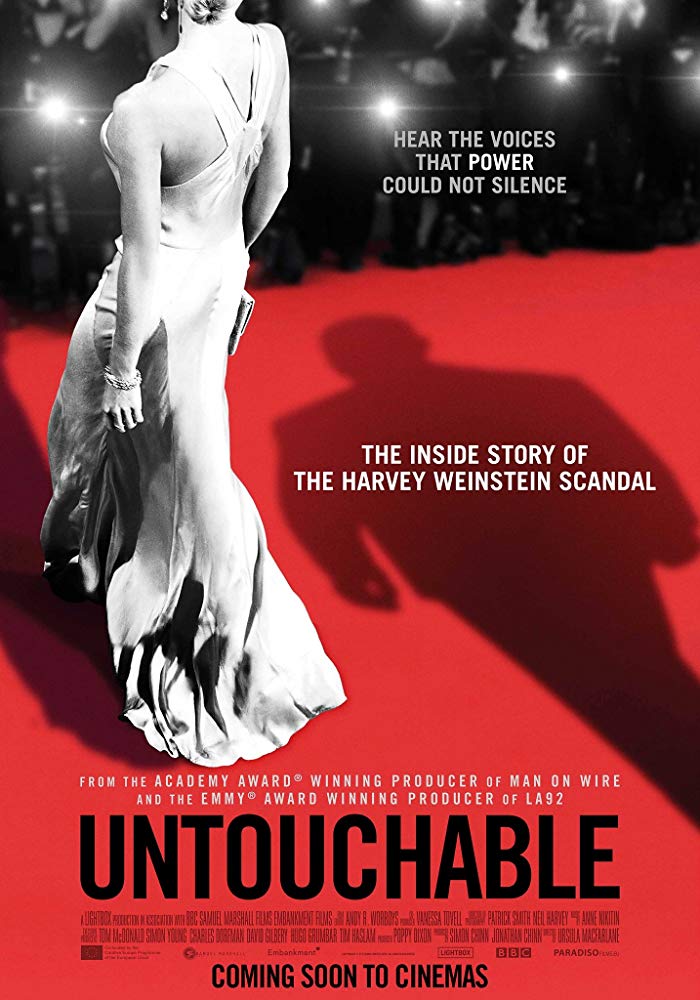 We invite you to an open screening of the documentary blockbuster ” Untouchable” about the rise and fall of the career of the scandalous Hollywood producer Garvey Weinstein.

Investigation about one of the most media cases of the early 21st Century that it created all a revolution around the world-wide: Harvey Weinstein. Born and raised in the New York City of the 50s and 60s years, Harvey and his brother Bob were capable to create a little company named Miramax, that eventually was turning along the the 80s and 90s in one of the most important and multi-awarded movie companies of the late 20th Century. But behind the money, glamour, upper-class parties and the awards gala was hidden a scaring reality unknown for everyone except for those to unfortunately lived it: a man of success with a dark side which along some decades forced and abused about a hundred women, in an empire of silence and horror that seemed have no end. Using testimonies and interviews to his victims, Weinstein’s former colleagues and an extensive work of documentation, Untouchable examines not only the global impact of the before famous and after infamous Hollywood’s mogul but how it.

The world premiere of the film took place at the Sundance Film Festival, where the film received positive reviews from the world press. In Ukraine, the film was shown for the first time in the section of the gala premieres of the Odessa Film Festival.

The film was shot by British documentary filmmaker Ursula McFarlane. Her previous work includes documentaries about Charlie Hebdo, gun control in the United States, and interviews with tsunami victims. McFarlane has been nominated for four BAFTA awards and has received a number of awards and nominations for the Grierson, Broadcast and Royal Television Unions.

The film is provided by Arthouse Traffic.

Please come to the event in a protective mask!